This is an extract from: 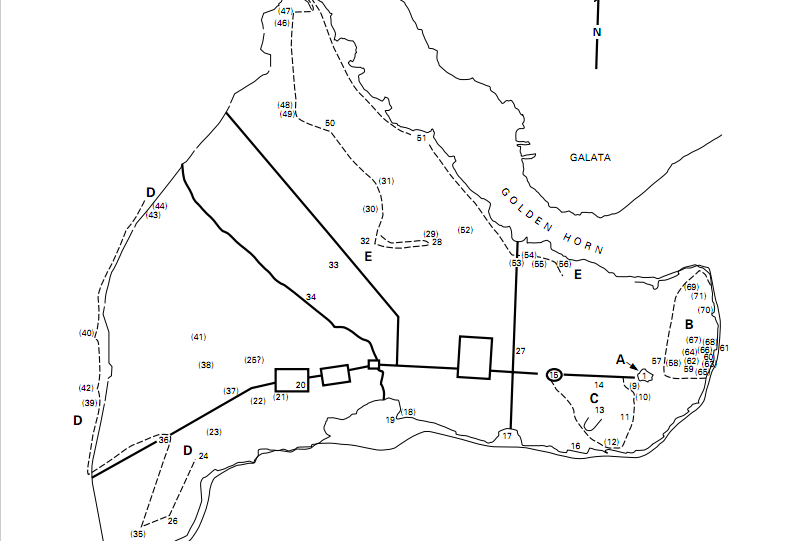 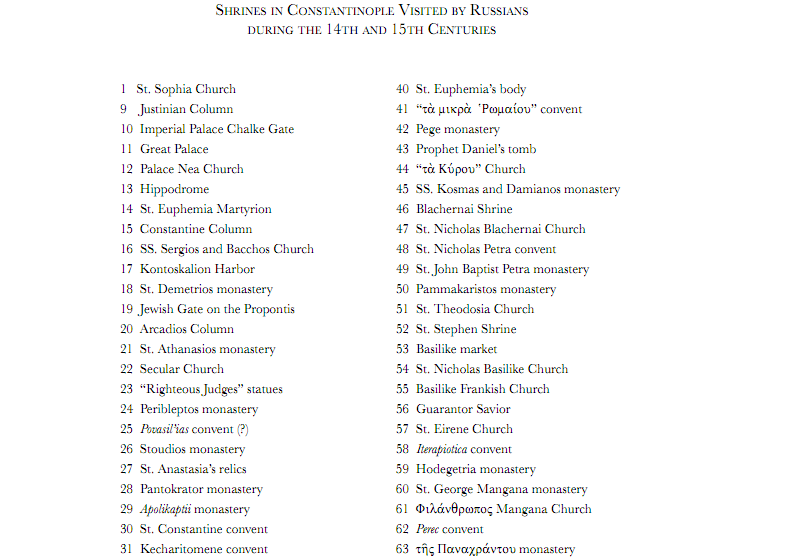 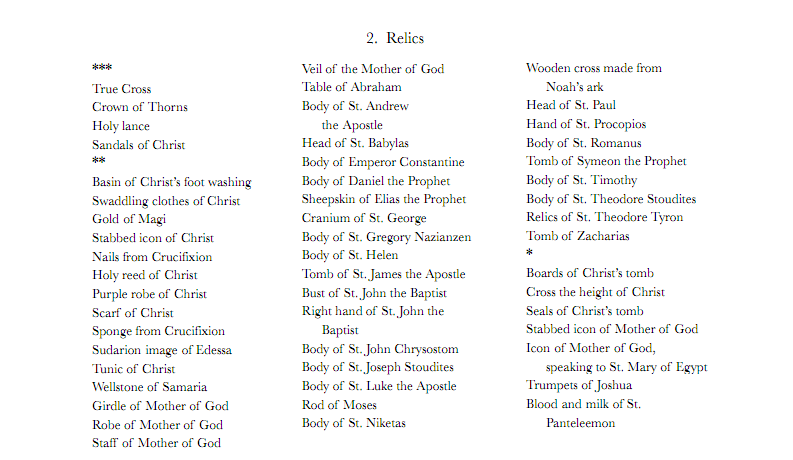 ITINERARIES IN THE CITY
It cannot be purely accidental that the travelers all visited pretty much the same sites and venerated the same religious treasures, but particularly interesting is the fact that to a signiﬁcant degree the post–Latin conquest Russian visitors did it in the same order. Unlike Anthony of Novgorod’s Pilgrim Book, these later texts have a discernible topographical order in their entries. There is, in fact, an uncanny similarity in the sequence in which
the later Russian pilgrims chose to view the sacred wonders of Constantinople. Although it is perhaps possible that these similarities of itinerary derive from the simple fact that there was a generally recognized set of important sanctuaries and relics in the “city guarded by God,” it would seem much more likely that a guide of some sort (a person or text) dictated the pious pilgrim’s movements in the imperial city, at least in the case of the Russian pilgrims of Palaiologan times.
It is not surprising that all ﬁve later Russian visitors ﬁrst went to St. Sophia, a treasure hoard of relics and a building of mythic renown; nor is it surprising that while there some stopped to see neighboring objects of interest like the Justinian Column outside the church and the Chalke Gate of the Palace across the Augusteon plaza. But unexpectedly, four of these ﬁve Russian pilgrims next describe visits, not to a famous church such as Holy Apostles, but rather to a set of churches and monastic foundations east of St. Sophia on the slope leading down to the Bosporos, the area normally spoken of as the “First Region,” a neighborhood little spoken of. The exception to this rule (and to most of the generalizations about later Russian pilgrim itineraries in Constantinople) is Ignatius of Smolensk, who seems to have been in no hurry to do the pious tourist circuit and rather visits shrines at the rate of only one or two per day, probably because he will be in the city for more than two years.After visiting St. Sophia, however, the other four Russian visitors record going
to the various shrines in the First Region area, most notably the Hodegetria monastery of the Virgin, the monastery of St. George at the Mangana, the monastery of Christ Philanthropos, and the Panachrantos monastery of the Virgin.(But among them they list sometwelve ecclesiastical establishments in that neighborhood.) Although they for the most part speak of the same shrines, they do not discuss them in the same order. Apparently they did not all follow the same route through this area. However, these ecclesiastical establishments (some quite large, others very small) were cheek-by-jowl on this hillside, so that the efﬁcient way to visit them would be to wander around; and this is apparently what the Russian pilgrims did.