A terrorist who wasn't a terrorist. 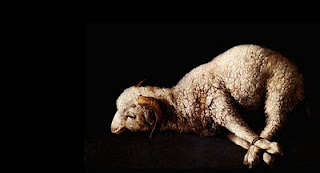 I was sitting in a chair, hooded, with my hands cuffed behind my back. He came up to me. His voice was deep and rough. He spoke to me in Egyptian and English. He said, “Listen, you don’t know who I am, but I am the one who has your life in his hands. Every single person in this building has his life in my hands. I just make the decision.”
I said, “I hope your decision is that you make me die straight away.”
“No, I don’t want you to die now, I want you to die slowly.” He went on, “I can’t stay with you; my time is too valuable to stay here. You only have me to save you. I’m your savior. You have to tell me everything if you want to be saved. What do you say?”
“I have nothing to tell you.”
“You think I can’t destroy you just like that?” He clapped his hands together.
“I don’t know.” I was feeling confused. Everything was unreal.
“If God came down and tried to take you by the hand, I would not let him. You are under my control. Let me show you something that will convince you.”
The guard then guided me out of the room and through an area where I could see, from below the blindfold, the trunks of palm trees. We then went through another door back inside, and descended some steps. We entered a room. They sat me down.
“Now you are going to tell me that you planned a terrorist attack,” he continued.
“I haven’t planned any attacks.”
“I give you my word that you will be a rich man if you tell me you have been planning attacks. Don’t you trust me?” he asked.
“I don’t trust anyone,” I replied.
Immediately he slapped me hard across the face and knocked off the blindfold: I clearly saw his face. It was Suleiman.
“That’s it. That’s it. I don’t want to see this man again until he cooperates and tells me he’s been planning a terrorist attack!” he yelled at the others in the room, then stormed out.
The guard came to me, upset that I hadn’t cooperated.
I said to him, “You have to let me go soon; it’s nearly 48 hours.”
He looked at me, surprised, and asked, “How long do you think you’ve been here?”
“A day,” I replied.
“Man, you’ve been here for more than a week.”
They then took me to another room, where they tortured me relentlessly, stripping me naked and applying electric shocks everywhere on my body. The next thing I remember was seeing the general again. He came into a room with a man from Turkistan; he was a big man but was stooped over, because his hands were chained to the shackles of his feet, preventing him from standing upright.
“This guy is no use to us anymore. This is what is going to happen to you. We’ve had him for one hour, and this is what happens.”
Suddenly, a guy they called Hanish, which means snake, came at the poor man from behind and gave him a terrible karate kick that sent him crashing across the room. A guard went over to shake him, but he didn’t respond. Turning to the general, the guard said, “Basha, I think he’s dead.”
“Throw him away then. Let the dogs have him.”
They dragged the dead man out.
“What do you think of that?” asked the general, staring into my face.
“At least he can now rest,” I replied.
Then they brought another man in. This man, I think, was from Europe – his exclamations of pain didn’t sound like those of someone from the Middle East. He was in a terrible state. The guard came in with a machine and started to wire the guy up to it. They told the poor man that they were going to give him a full electric shock, measuring ten on the scale. Before they even turned the machine on, the man started to gasp and then slumped in the chair. I think he died of a heart attack.
The general said that there was one more person I had to see. “This person will make you see that we can keep you here for as long as we want, all your life, if we choose.”
There was a window in the room, covered by a curtain. The general drew back the curtain, and I saw the top half of a very sick, thin man. He was sitting on a chair on the other side of the glass, facing me.
“You know this guy?” the general asked.
“No,” I replied.
“That’s strange – he’s your friend from Australia.”
I looked again and was horrified to see that it was Mohammed Abbas, a man I had known in Australia who worked for Telstra. He had traveled to Egypt in 1999 and had never been seen again.
“He is going to be your neighbor for the rest of your life.”
It was then that I knew I was in Egypt, without a doubt. They then took Abbas away and closed the curtain.
Shortly after 9/11, Mamdouh Habib, an Australian citizen, was pulled off a bus in Pakistan and handed over to the United States. Treated as a suspected terrorist, Habib was transferred to Egypt where he was tortured for five months. In the above excerpt, My Story: The Tale of a Terrorist Who Wasn’t, Habib sees the face of his torturer and discovers that it is Omar Suleiman, then chief of Egypt’s spy agency. Suleiman has since become the Western-backed, de facto ruler of Egypt. Continuing to protest his innocence, Habib was eventually transferred to Guantanamo Bay for three years of interrogation. He was released without charge on January 11, 2005.
source:http://www.adbusters.org/magazine/95/dark-side-history.html by Mamdouh Habib
Αναρτήθηκε από Spiros