Who was Saint George

Today on April the 23rd all the christian churches honour the memory of one of the most popular saints of christendom . St. George was born and raised in the eastern part of the Roman empire during the reign of the Roman emperor Diocletian.

It was a time that christian persecutions had reached their climax as the imperial authority aknowledged only the pagan religion as the only acceptable religion in the empire. Saint George was a son to a Roman officer from Cappadokia and to a woman from Palestine.From their names(Polychronia, Gerontius) we conclude that they were both Hellenised.Besides the name that they gave to their son(Georgius) which means farmer in Greek.

Saint George served as an imperial guard of the emperor in Nikomedia.The emperor knew his father so he was glad to have his son serve him too. As we said above Diocletian was a sworn enemy of christianity and one day he issued an edict by which all the imperial guards who were christians would be executed and the rest of them would offer a sacrifice to a pagan god.

Saint George didn't hide his faith and in front of the emperor he renounced his edict and declared himself a christian. Diocletian who as we mentioned knew Saint George's father didn't want to kill one of his best soldiers and instead he attempted to convert him by trying to bribe him. However Saint George remained relentless.

As a result of all this Saint George suffered a martyric death from decapitation. His body was buried back in his hometown in Palestine.

The most famous legend of Saint George is the slaying of the dragon.According to the story the inhabitants of a city were threatened by a dragon that made its nest near the water source. So every time they had to take water they also had to sacrifice an animal or a maiden to lure the dragon out of its nest.Saint George stopped this by killing the dragon.As a sign of gratitude the whole city converted to christianity.

Saint George's veneration was widespread in the Roman and later the Byzantine East. His name and legends spread to the west with the return of the crusaders from the Holy lands. Nowadays he is patron saint of mant countries like England and Georgia but also of extinct countries like Genoa, Aragon and Catalonia. 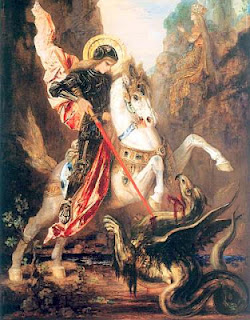 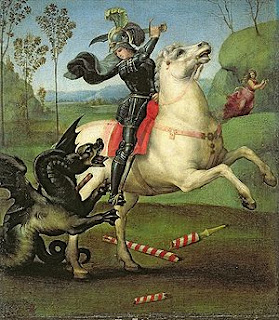 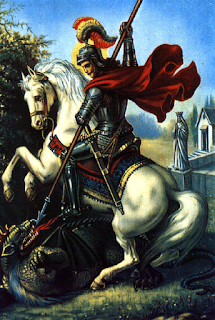 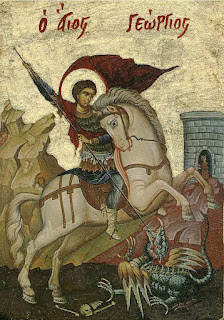 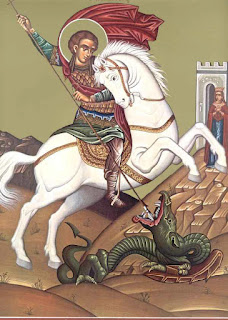 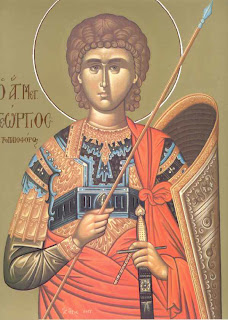 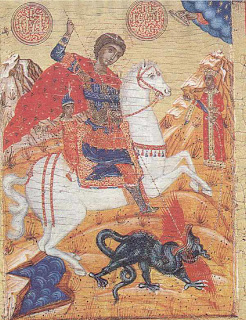 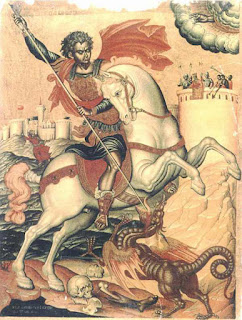 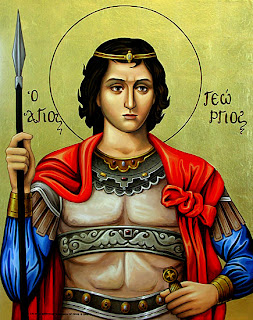 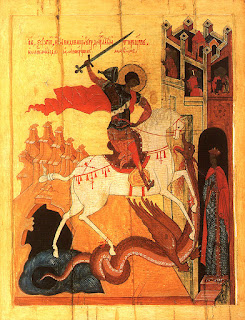