The ancient Greeks in Roman Britain

As we know the Greeks were integrated into the Roman empire after the  conquest of the eastern Mediterranean.The Romans absorbed many elements of the Greek culture and tolerated the usage of the Greek language especially in the eastern provinces.

This is the reason why the Greeks with some exceptions never revolted against Roman rule. Instead many of them migrated to Rome to work as physicians ,teachers, merchants or even as soldiers.

It seems that many Greek soldiers found themselves in Britain, the northwestern edge of the empire. This is proved from the evidence that are shown in the excepts that i posted below.There are also references about Greek merchants who were active in Britain.All the evidence comes mainly from archaeological findings and not from ancient literature.That evidence are mainly tombstones written in Greek or with Greek names engraved on them.

These excerpts from Anthony Birley's book "The people of Roman Britain"(Berkeley,1980) 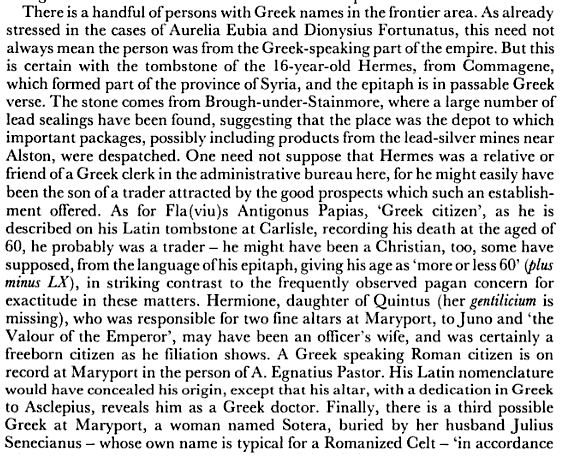 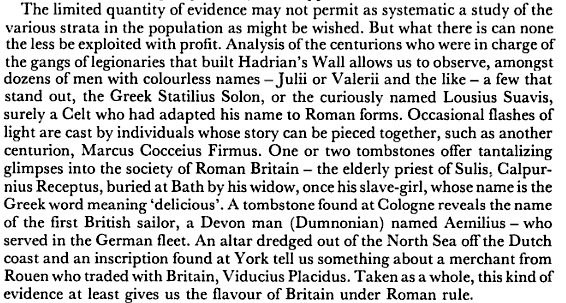 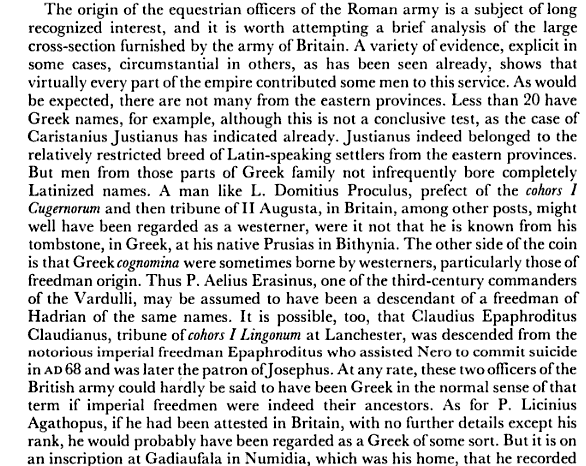 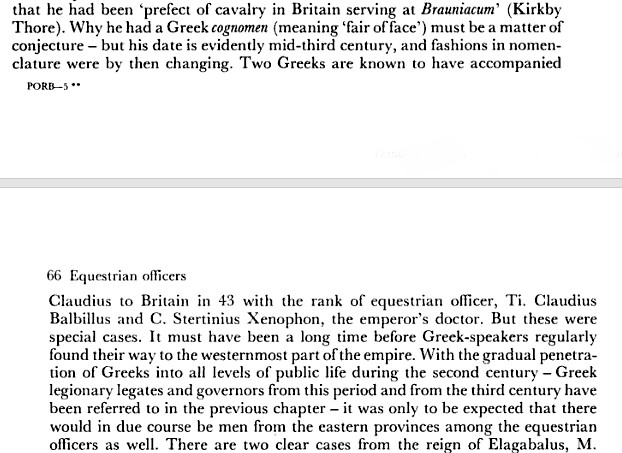 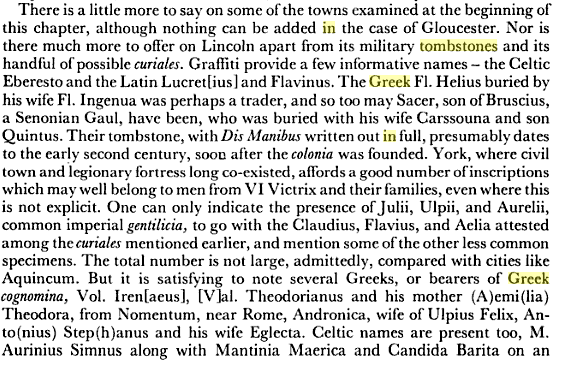 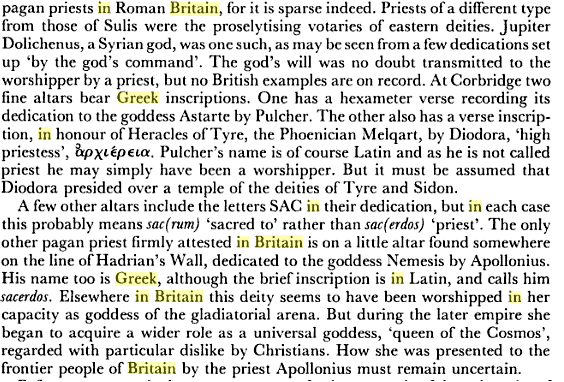 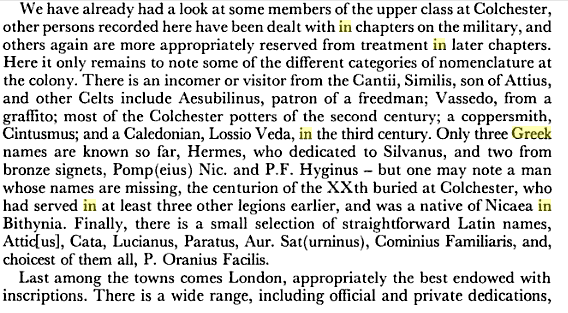 my Lloyd line goes back to the Welsh area of Britain and the ydna kit shows E3b V13 which is not celtic but most likely Greek or Balkan where that type of ydna is much more common. Also it seems that some of my kinfolks look rather Greek. Your report of ancient Greeks in Roman Britain sure rings true to me. Looks like the Unknown God saw fit to land some of us G folks in Arkansas, USA. Best Regards, Ark Joe