The Greek captain of the early U.S navy.


George Colvocoreses (Γεώργιος Κολβοκορέσης) was a Greek-American officer of the US navy.He was born on 22 October 1816 in Chios, descended from a noble family.During the Chios massacre by the Ottomans he was caught by the Turks along with his 2 sisters and his mother.His remaining 6 simblings were all killed.His family's property was destroyed and confiscated.

His father,with the assistance of American missionaries,achieved to release him when he was 8 years old and sent him to Baltimore in U.S.A.There he was adopted by the lieutenant Alden Partridge who was the founder of the American scientific and military academy(nowadays university of Norwich) which was the first private military educational institute in U.S.A. In 1831 he graduated and was accepted in the ranks of the American navy.In 1832 he was appointed as a recruit and in 1836 he served in the frigate "United States" which was part of the U.S naval unit of the Meditteranean which would later become the 6th fleet.From 1838 until 1842 he served in the research team of the U.S.A in the Pacific Ocean.His impressions were illustrated in a book that he wrote bearing the title:Four years in a Government Exploring Expedition. 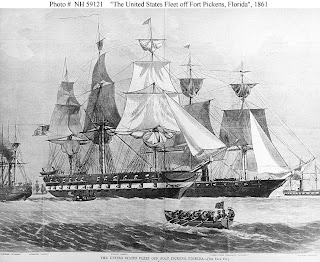 The outbeak of the American civil war found him fighting for the North.On January 29,1862. He was captain of the frigate USS Supply and achieved to capture a transport ship of the South which was carrying war supplies.In 1864 as captain of the warship Saratoga he was distinguished  in many naval missions.In 1867 he retired with the rank of the captain.
George Kolkovoresis was assassinated on June 3,1872  at Bridgeport of Connecticut while waiting for the ship for New York.Initially his death was attributed to suicide. The case is still unsolved today.He got married twice and had 4 children.
Three of his descendants followed a military career. His son George Colcovoresses reached the rank of admiral and his great grandson Alden  Colcovoresses became a colonel.
In his honor a sea strait in the Piugit canal of Washington state was named Kolvos passage and a gulf in Antarctica was named Colcovoresses bay