If you talk about the early years of Turkish politics, you are supposed to know İsmet İnönü as the close friend of Mustafa Kemal Atatürk and the Second President of Turkey. İsmet İnönü may be less popular compared to Atatürk, but he was also a very successful politician and brave soldier who deserved to be mentioned by history. I wanted to stress that before starting to write as he was less known abroad and people did not know about him very well. That's the reason why I and Spiros desired to introduce him to you.

İsmet İnönü was born in 1884 at İzmir. It is known that he is originally from Malatya. There is also a university there dedicated to İsmet İnönü for that reason. In his early years, he attended the Ottoman military academy and became a splendid soldier. By the time he met Atatürk, Ottoman Empire was about to come to an end because of the WW1. He approved Atatürk's plans, and they initiated the Turkish war of independence together. They saved the country from the invasions due to İnönü's big efforts.

He agreed on the new democratic Turkey idea and helped Atatürk in founding Turkey in 1923. He promoted democracy and reforms whole heartedly. He was always by Atatürk's side and did not leave him until his last breath. It is said that they disagreed sometimes about economics. Some historians claim İnönü was money-minded and Atatürk got mad at him because of that. There is not any official documents about this special detail among them, though. 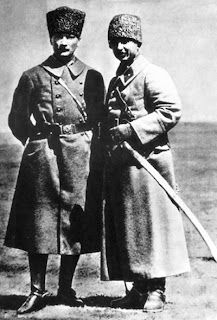 After Atatürk died in 1938, İsmet İnönü became the Second President of Turkey. During his early political career as a president, Turkey was in danger because of the begining of the WW2. Germany wanted Turkey to participate in WW2 on its side while England and Russia threatened the new government, as well. Turkey was not capable of coping with a new war and İsmet İnönü was surely aware of this case. He followed a  hard and neutral stance in order not to be involved in this war. That did the trick, and Turkey was rescued from the WW2 thanks to İnönü's political intelligence that was questioned by Churcill's England, Russia during the WW2 trials of Germany.

That achievement mirrored to the International Press widely and was mentioned by important newspapers. For instance a quote by William L. Cleveland  said that “If one defines a successful foreign policy as the pursuit of national interest, then President Inönü‘s conduct of Turkish diplomacy during World War 2 must be considered as a triumph. Resisting pressures for an alliance by both the Allies and the Axis, Inönü guided his country along a cautious path of friendly neutrality until the outcome of the war was decided.” 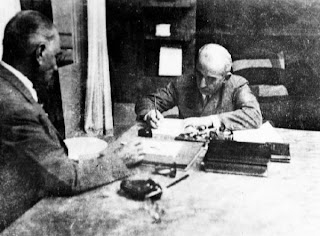 What about the Turkish society at that time? People were scared of a new war since they had already lost  everything so that Turkey could be saved in the previous decades . They made many economic sacrifices during İnönü's time, too. People even waited in line in order to buy bread or gas. They paid taxes and were exposed to a rough economical situation. Some people whined about the policy of İnönü that time. He answered the whinings: 'It is true that i caused starvation. However, I did not make your children lack  their fathers.' This saying of him is very popular in Turkish history.

But, there is a fact that few people know in Turkey. It is not true that Turkey had no casualties during the WW2. Many Turkish soldiers died during the WW2 though they did not go to army officially. The soldiers died for Germany and its daydreaming failed attacks. It was not recorded as there would be a rebellion. Even today, it has been questioned by some historians and researchers. It is a strong possibility, so historians keep us updated about that phenomenon. 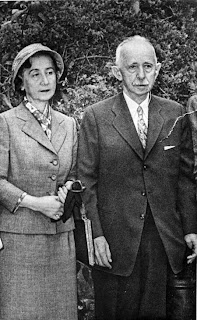 Another detail about İnönü era would be related to the Jewish genocide. By the time Germany committed genocide, Turkey spoke out and defended the Jews' rights. Turkish embassies in Europe, especially the French and Hungarian ones, rescued many Turkish Jews from the genocide and helped them come to Turkey in care of İnönü. They also made a claim to other Jews who did not have Turkish identity, though. This event allured a Turkish author and directed her to write a book about this era. She dedicated her book to the embassy officers of that time helping the Jews.


İsmet İnönü served the Turkish Republic during his life and he remained as one of the biggest political idols of Turkey. He is still considered an intelligent brave man by Turkish society. He died in 1973, but he is remembered and loved by everyone as much as Atatürk. His grave is at Anıtkabir, where Atatürk's grave is situated.